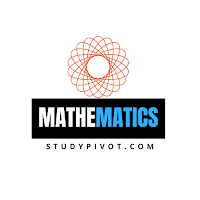 Go to above linked new page to download
Examples, Theory and Formulas, Practice
Problems and worksheets of all topics of
Mathematics.

Introduction to logarithm
“The Logarithm of a given number to a given base is the index of the power to which the base must be raised in order to equal the given number.”
It is also known as fundamental logarithmic identity.
Its domain is (0, infinity ) and range is R. a is called the base of the logarithmic function.
When base is ‘e‘ then the logarithmic function is called natural or Napier logarithmic function and when base is 10, then it is called common logarithmic function.
Characteristic and mantissa
Properties and Logarithm Formula
Logarithm inequalities Formula
Indices and Surds
Definition of indices
If a is any non zero real or imaginary number and m is the positive integer, then {a}^m = a.a.a.a……….a (m times). Here a is called the base and mis the index, power or exponent.
Laws of indices
Definition of surds
Any root of a number which can not be exactly found is called a surd.
Order of a surd is indicated by the number denoting the root.
A second order surd is often called a quadratic surd, a surd of third order is called a cubic surd.
Types of surds
(1) Simple surds : A surd consisting of a single term. For example $2sqrt{3},6sqrt{5,}sqrt{5}$etc.
(2) Pure and mixed surds : A surd consisting of wholly of an irrational number is called pure surd.
A surd consisting of the product of a rational  number and an irrational number is called a mixed surd.
(3) Compound surds : An expression consisting of the sum or difference of two or more surds.
(4) Similar surds : If the surds are different multiples of the same surd, they are called similar surds.
(5) Binomial surds : A compound surd consisting of two surds is called a binomial surd.
(6) Binomial quadratic surds : Binomial surds consisting of pure (or simple) surds of order two
Properties of quadratic surds
(1) The square root of a rational number cannot be expressed as the sum or difference of a rational number and a quadratic surd.
(2) If two quadratic surds cannot be reduced to others, which have not the same irrational part, their product is irrational.
(3) One quadratic surd cannot be equal to the sum or difference of two others, not having the same irrational part.
Rationalization Factors
If two surds be such that their product is rational, then each one of them is called rationalising factor of the other.
Square roots and Cube root of a binomial quadratic surds

While solving equations involving surds, usually we have to square, on squaring the domain of the equation extends and we may get some extraneous solutions, and so we must verify the solutions and neglect those which do not satisfy the equation.