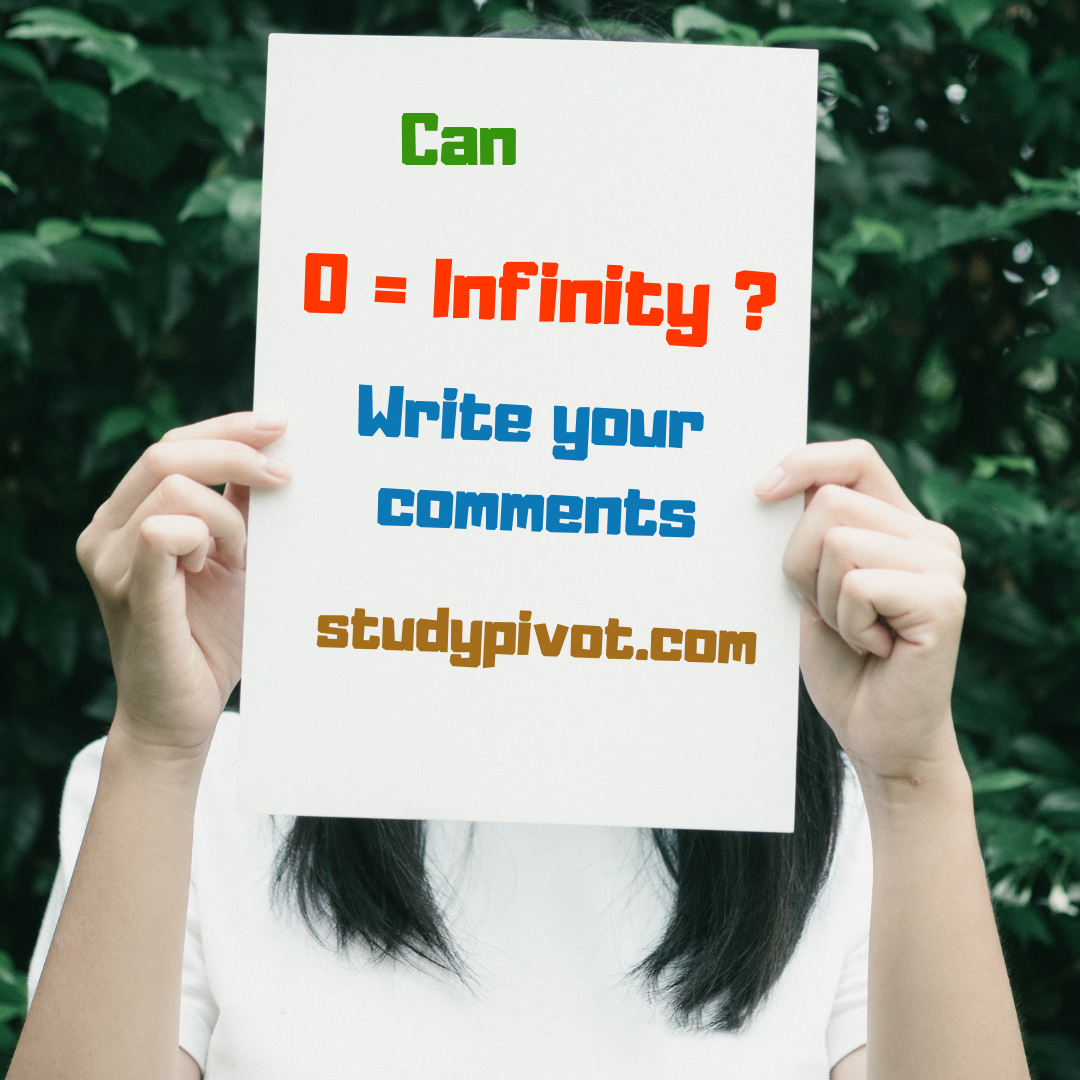 Before we prove zero equals infinity, Let us see the proof of Ramanujan Sirinivasa Series method that he suggested and his proof is not neglected all the way, although his series results are researched seriously by various universities and associations of countries like USA, UK, INDIA. 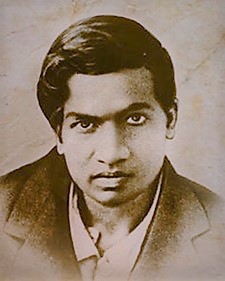 Here are some suggested proofs for zero equals infinity.

Another Argument for zero equals infinity

Srinivasa Ramanujan gave whole credits to the Goddess Namagiri for his mathematical formulas. 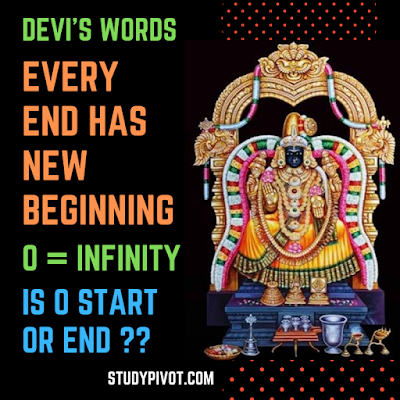 According to Sirinivasa Ramanujan, Devi appeared to him in visions, proposing mathematical formulas that he would then have to verify, Ramanujan said Hindu Goddess Namagiri whispered equations to him. One such event was described by him as follows:
“While asleep, I had an unusual experience. There was a red screen formed by flowing blood, as it were. I was observing it. Suddenly a hand began to write on the screen. I became all attention. That hand wrote a number of elliptic integrals. They stuck to my mind. As soon as I woke up, I committed them to writing.”Ramanujan was a meteor in the mathematics world of the World War I era.  Quiet, with dharmic sensibilities, yet his mind blazed with such intuitive improvisation that British colleagues at Cambridge — the best math brains in England — could not even guess where his ideas originated. It irked them a bit that Ramanujan told friends the Hindu Goddess Namagiri whispered equations into his ear.Srinivasa Ramanujan died on his bed after scribbling down revolutionary mathematical formulas that bloomed in his mind like ethereal flowers gifts, he said, from a Hindu Goddess Namagiri.Furthermore, Ramanujan’s mother received permission from Namagiri Thayar for Ramanujan to go to England in a dream.

Now what I am trying to say by representing Devi Namagiri picture is that there are a lot of things that we still don’t understand properly and Ramanujan was a devotee of Devi Namagiri and as in above paragraph his all formulas were whispered by Devi.

Still we can think and do some research for the argument that zero equals infinity.

IN MATHEMATICAL LANGUAGE ZERO EQUAL TO INFINITYNOW THINK WHETHER 0 IS END OR BEGINNING ?