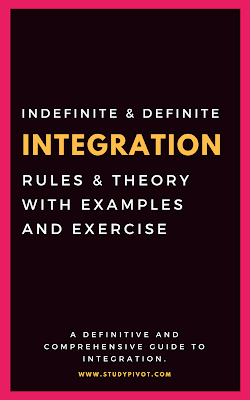 then for all cases  dy/dx = 2
Hence we can say that anti-derivative or
integral of 2 is 2x + C
where C = any real constant.
Can you guess what is the integration of 2x ? well to learn Integration completely you can download my free eBook named Indefinite and Definite Integration Rules and Theory with Examples and Exercise

Q: What are the Integrate Synonym?

Ans: Integrate Synonym or another word for Integrate are Integral or Integration or primitive or an anti-derivative of a function.

A function f(x) is called an integration or Integral or primitive or anti-derivative of a function g(x) if f'(x) = g(x)
The process of finding an indefinite integration of a given function is called integral of the function.

(1) The differentiation of an integral is the integrand itself or the process of differentiation and integral neutralize each other.
(2) The integral of the product of a constant and a function is equal to the product of the constant and the integral of the function.
(3) Integral of the sum or difference of two functions is equal to the sum or difference of their integrals.
(4) The signum function has an antiderivative on any interval which doesn’t contain the point x = 0, and does not possess an anti-derivative on any interval which contains the point.
(5) The antiderivative of every odd function is an even function and vice-versa 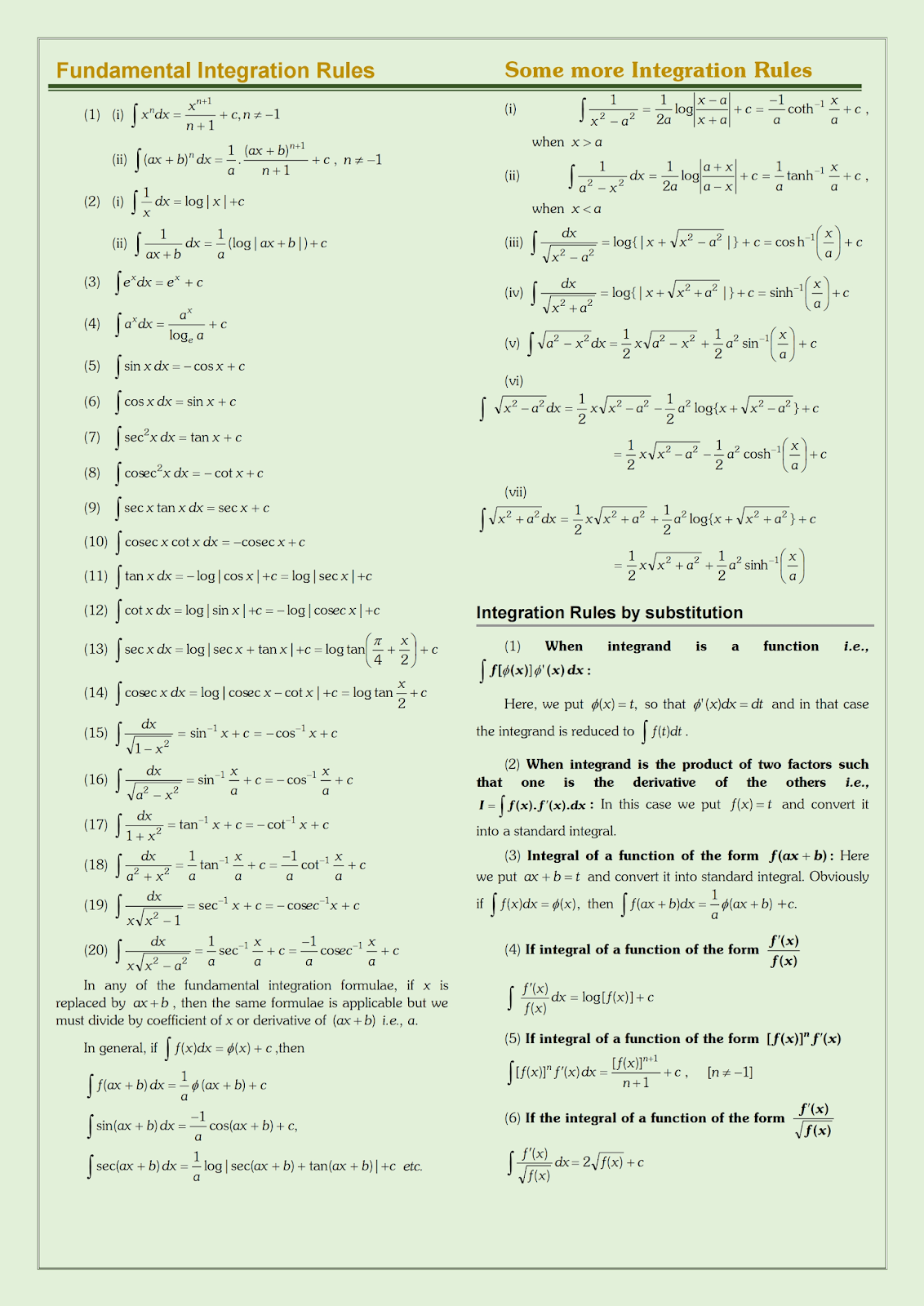 Comparison between Differentiation and Integration.

CONTENTS OF INTEGRATION RULES AND DEFINITION WITH EXAMPLES COMPLETE THEORY AND EXERCISE.

The greatest development in integration is method of exhaustion in the early period was obtained in the works of Eudoxus (440 B.C.) and Archimedes (300 B.C.) Conclusively, the fundamental concepts and theory and integration and primarily its relationship with differential calculus were developed in the work of P.de Fermat, I. Newton and G.Leibnitz at the end of 17th century A.D.
Newton introduced the basic notion of inverse function called the anti-derivative (Integration) or the inverse method of tangents.
During 1684-86 A.D. Leibnitz published an article in the Acta Eruditorum which he called Calculas summatorius, since it was connected with the summation of a number of infinitely small areas, whose sum, he indicated by the symbol ∫. In 1696 A.D. he followed a suggestion made by J.Bernoulli and changed this article to calculus integrali. This corresponded to Newton’s inverse method of tangents.
Both Newton and Leibnitz adopted quite independent lines of approach which were radically different. However, respective theories accomplished results that were practically identical. Leibnitz used the notion of definite integration and what is quite certain is that he first clearly appreciated tie up between the anti-derivative and the definite integral. The discovery that differentiation and integration are inverse operations belongs to Newton and Leibnitz.